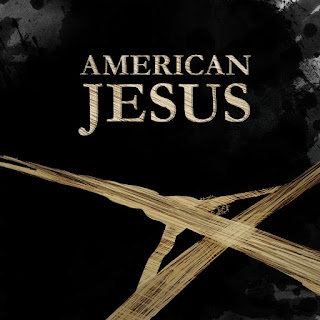 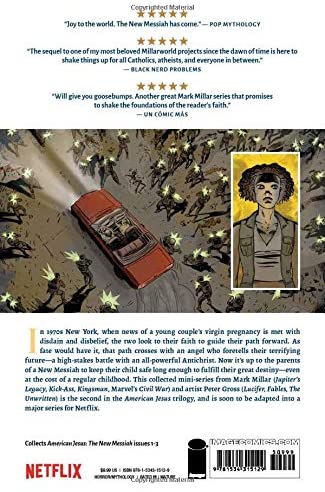 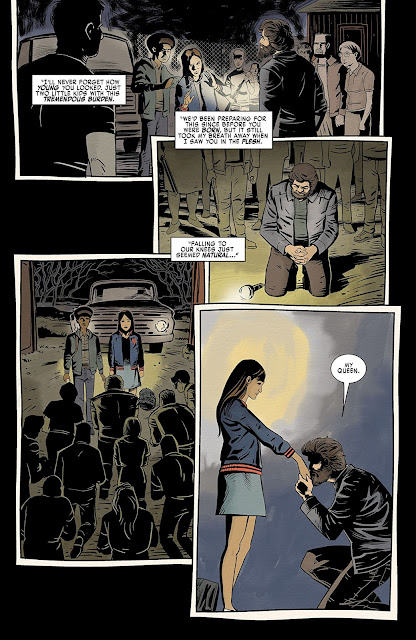 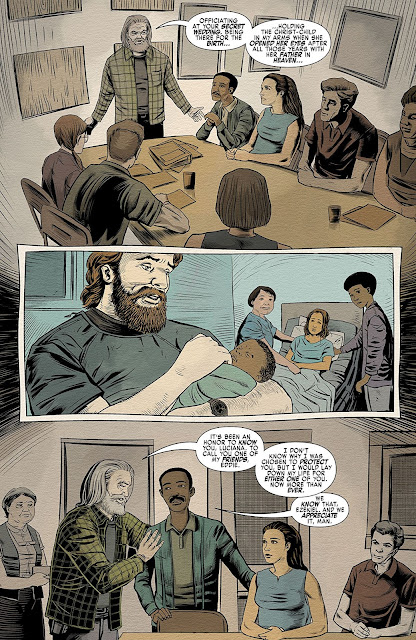 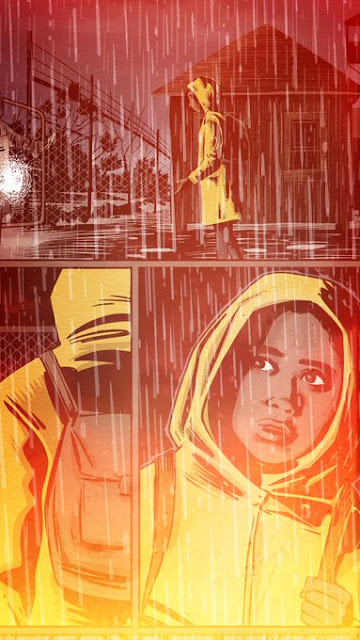 American Jesus The New Messiah is the sixth Millarworld / Netflix project after the purchase of the Millarworld publishing house by the streaming giant Netflix. It will be a multilingual series (Spanish / English), by Everardo Gout (Marvel's Luke Cage, Sacred Lies, Mars, Banshee, Here On Earth) and Leopoldo Gout (Molly's Game, Instinct) who will act as co-directors and producers executives in the series. Everardo Gout will also direct the series.

Where does it comes from?
This story begins in 1974 in Harlem, New York, USA, where a teenager named Luciana Cortez, who has a mysterious dream related to the death of Jesus Christ, explained to her by a mysterious man in a white suit.

Then Luciana discovers that she is pregnant, but she had never had relationships, she only had a boyfriend called Eddie, an innocent relationship, they hardly know each other and enjoy movies like Young Frankenstein, milestones of the time. The comic recreates the culture of that 1970s and 1980s very well.


Everything takes a turn when Luciana is 8 weeks pregnant ... nobody believes her to be a virgin, only Eddie believes her. In this case, Luciana's family chose to take her to an abortion clinic ... but something strange and powerful happens that prevents that abortion. This scene is creepy.

Luciana convinces herself that she is pregnant with the son of God in the 20th century, that the world is ruled by the Antichrist with 13 satanic families with great political and economic power, she is in great danger and escapes to Texas with Eddie where they are received as royalty by the religious leader Ezekiel.

The story then jumps to 1992, where Luciana already gave birth to the ... daughter of God, Jesus Christ incarnates in a girl named Catherine. Of Latin descent, without a doubt a contemporary ethnic change.

Catalina is tired of being idolized and kept isolated from the world, trying to keep her off the radar of satan thug Joe Allerdyce (who also appears in The Chosen), she does not believe in anything that she is the messiah because she doesn't have any powers, when she turns 18 she escapes and she meets a rock singer.

Luciana decides that she must search for her daughter alone, who is the one sent by the Angel Gabriel, leaving Eddie and Ezequiel behind, this warning is because Joe Allerdyce has already located them. Although for this installment we are already waiting for what is going to happen, what happens is EPIC, you will not be able to stop turning the pages.

This comic refreshes Christian mythology with an honest theological analysis from various perspectives, it does not offer a theology masterclass with a single point of view, nor does it criticize this religion, it is honest, concrete and open.

Book 3 will be out soon, which is the fight for humanity between Catalina and Jodie.

Art and plot
The return of this creative team of Millar and Gross is spectacular, they manage to bring back that magic that began in 2004 and makes clear at what time The Chosen occurs, since in theory the messiah and the son of satan are almost contemporary.

Summary
The second arrival of the son of God is narrated in a fresh, original and contemporary way, where Catalina