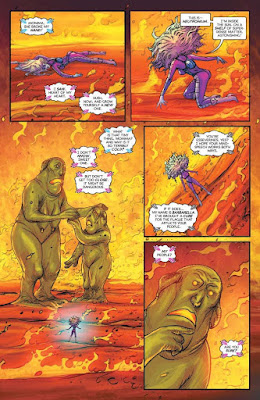 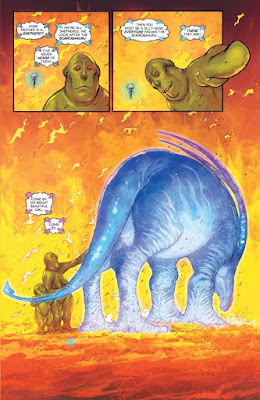 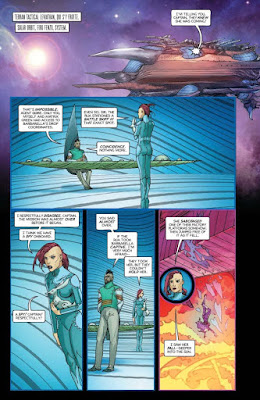 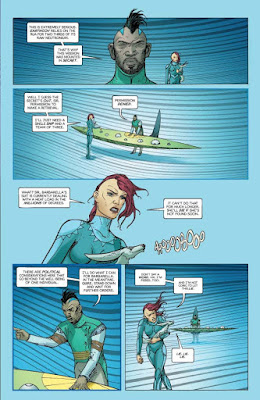 This comic created by Jean-Claude Forest returns with more adventures of this space heroine who deals with many risks including the intolerance of genres in the universe.

Barbarella had his film version in 1968 directed by Roger Vadim and produced by Dino de Laurentis with Jane Fonda as protagonist, a space traveler and representative of the United Earth government sent to find the scientist Durand Durand, who has created a weapon that could destroy to humanity. This movie launched Fonda to stardom and became a cult classic.

In the previous comic Barbarella falls in the sun of Firu Fenzu where she is presumed dead while she takes the cure of a terrible illness of the town of that sun, however in the shadows there is a spy lurking and Quire discovers it.

Commander Uhlan has some secrets.

What's going on?
Quire will do everything possible to save Barbarella, who has less and less time left, as his equipement must withstand the strong temperatures of this sun, it is a race against time.

The spy sent Barbarella with a bomb capable of eliminating the people of Firu Fenzu and Barberella, while she discovered this plan little by little with the help of Quire.

This comic is dedicated to clarify all the doubts of this conspiracy plan of the Rua.

Mike Carey and Kenan Yarar continue to tell the story of this particular heroine dedicated to saving any life, with an interesting and visually appealing organic sci-fi tone.

Summary
This issue is quite revealing, we already know the traitor and villain, the plot in which fell Barbarella has larger ramifications.

Rating:
4.4 out of 5
The traitor is unmasked