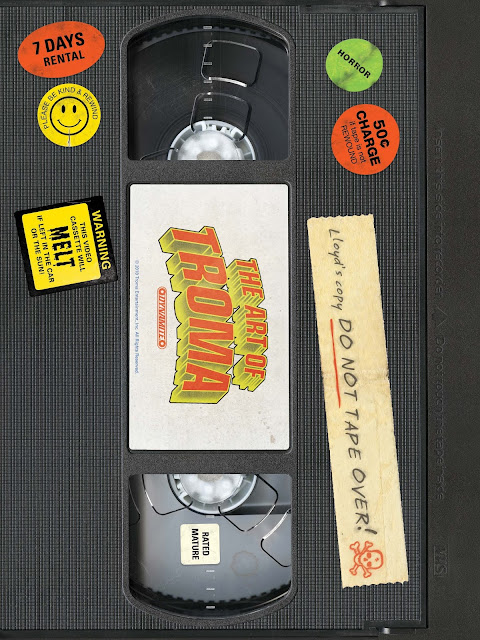 Troma is an independent film production company, that for 45 years they have created a a lot of ultra-violent, gonzo and incredibly controversial feature films that have received censorship from large distributors in the US. Lloyd Kaufman is the founder responsible for Troma's pop culture legacy.

Since the 1970s to date they have created cult films with their honesty and low production quality such as The Toxic Avenger, The Class of Nuke 'Em High, Poultrygeist, Tromeo and Juliet, Surf Nazis and many more. Troma helped boost the careers of luminaries such as James Gunn, Trey Parker, Eli Roth, Oliver Stone and many more.

This book includes a lot of information behind the scenes of all the productions of Troma, divided into several chapters, of which we recommend the three chapters dedicated to the 1970s, 1980s and 1990s.where the ability to play movies by VHS helped a lot. that this gender subsists despite legal obstacles.

These chapters contain excerpts from the scripts, synopsis, reverential photos used to illustrate the posters, notes from the directors and producers of each of the films badges.

The section of the posters is very interesting because they show in detail how this artistic process of that time was, today this art has been abandoned.

In this book they show all the ways that Troma influenced pop culture, whether in posters, movies, TV and at the end they include 9 pages of Toxic Avenger comic # 1 of Marvel Comics written by Dough Moench and illustrated by Rad Ramos

Quality of this Edition


Fred Van Lente is in charge of writing this historical compendium and he achieves with a very fluently and in a concise manner. This book can be a good source of information for all aspiring filmmakers or conceptual art illustrators.

Summary
Art of Troma tells the complicated, funny and controversial story of this film cpmpany that have inspired several generations.

Rating
4.8 out of 5
A must read book for any aspiring filmmaker