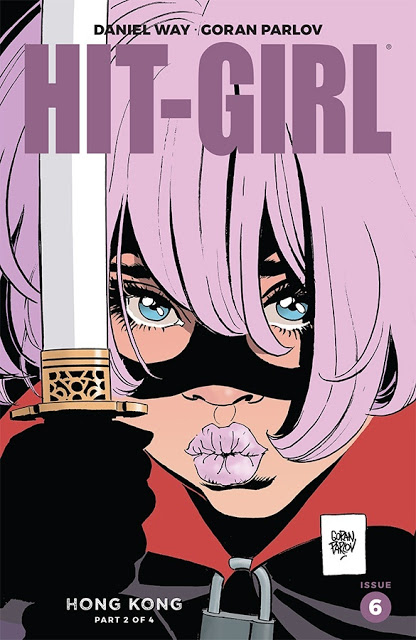 HIT-GIRL IN HONG KONG! In this installment comes the second part of this new story arc with the creative team of Daniel Way as writer and Goran Parlov (Starlight) as illustrator.

Where it comes from?

In Hit-Girl Season 2 # 6, Hit-Girl has everything ready to put an end to Liu's triad, starting by assassinating its leader, Chief Liu, enigmatic solitary character who is not known even a photo, to discover that it is a woman, who almost did not manage to escape from her army.

What happens in this issue?

This issue show the emergence of the female version of the leader of the triad of Liu, apart from showing the terrible corruption that exists in the police department that Liu Triad controls at their will.

This installment has scenes of terror, where a psychopath has the freedom to do what she wants, without any kind of compunction. This comic also has important revelations about Liu's Triad and its leaders.

On the other hand Mindy is with a group of teenagers who end up offering her help, that is, Mindy no longer has a great numerical disadvantage, the next chapter promises a lot of action.

Summary
With stunning revelations, corruption and intense torture sequences, Hit-Girl gets help from where she least expects.

You can read here the review (spanish/english) of:

Hit-Girl was created by Mark Millar y John Romita Jr.. and is the protagonist of 4 graphic novels (Kick-Ass, Kick-Ass 2. Kick-Ass 3 y Hit-Girl), movies, video games and in a future board game.